We’ve all heard the classic writing advice, “Show, don’t tell.” But according to Dwight Swain, author of Techniques of the Selling Writer, “Most folks get ‘Show, don’t tell’ wrong because they take it literally rather than figuratively. It’s not about proof (showing sad characters cry) but about causality (revealing why characters cry). Don’t just show readers the effect of emotion, reveal the cause so they can feel it too.” 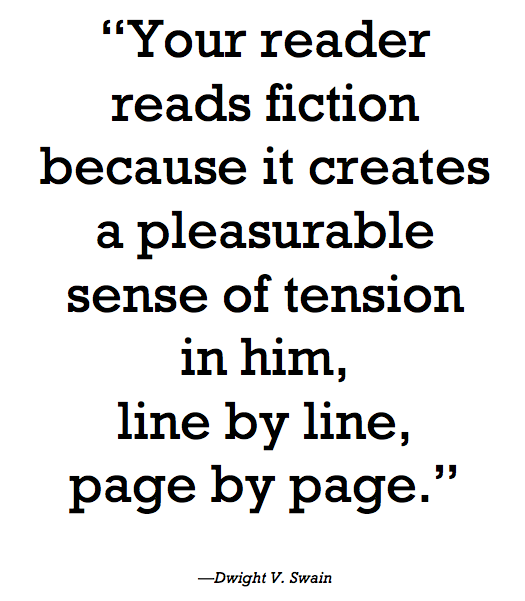 A workshop I attended recently by Damon Suede (author of  Verbalize, a new guide to characterization and story planning suitable for newbies and experts, pantsers and plotters) took a different angle to scene writing that I had never heard before. Here’s Damon’s take on writing scenes.

We’ll start by defining what a scene is: A scene is a unit of struggle between opposing forces. Scenes are clear, active steps which create problems and move the story toward its final outcome.

Every scene should lead the character to his or her objective. A character’s objective needs to be challenging enough to sustain your character throughout the story’s length, significant enough to attract character attention and to inspire escalating risks, and relatable enough that anyone can grasp the character’s need to pursue it.

A scene follows the pattern of:

Each scene reveals character tactics. The character makes an offer/demand which is either accepted or rejected, requiring a new offer/demand. For best results, establish time, place, point of view, and context as soon as possible. Identify stakes within the first half-page to engage readers. Keep building to hooks that make readers turn the page.

After each scene, comes the sequel. This is not a sequel as in the next book in a series. This is different. In this case, a sequel is the aftermath. It acts as a transition between two scenes. Sequels are internal and pinpoint character action. They allow adaptation/course correction after interactions to improve the odds of success.

A sequel follows the pattern of: 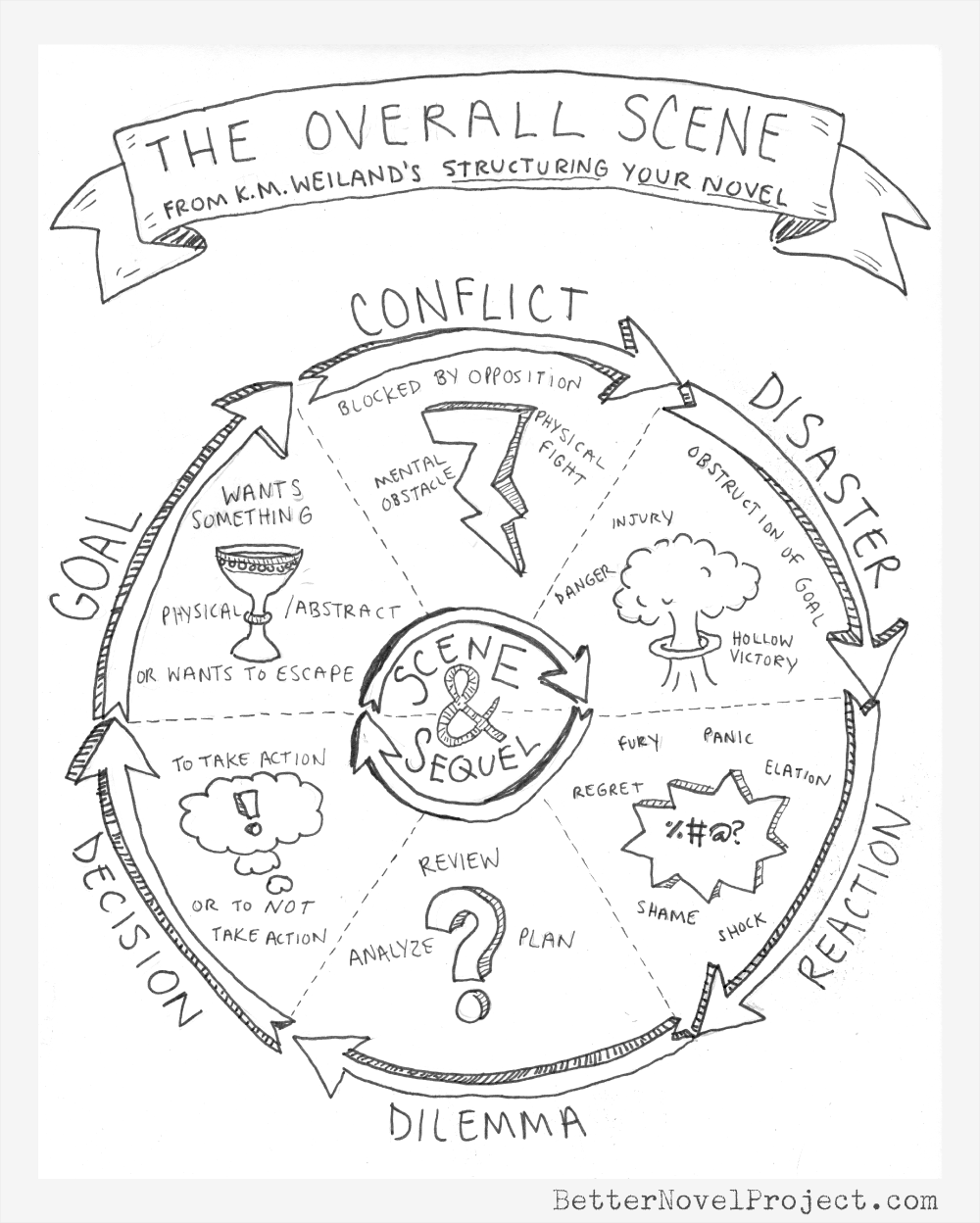 2 thoughts on “Writing the Perfect Scene”