Today’s Author Spotlight is on Jerry Efobi, an indie author from Nigeria.

Jerry Efobi calls himself a Hypnotic Stylonographer. He once said that he ‘strives to attain a four-squared lifestyle that would encapsulate in: Writing, Playing the Guitar, Playing Chess, and Looking after his Bee Hives’.

Let’s Take a Look at His Book, The Soliman Angelo Code 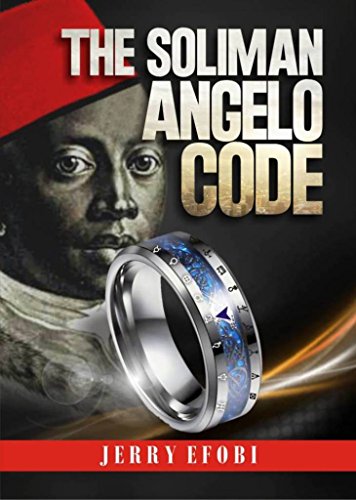 In 1782, Soliman Angelo holds a secret summit with the leading astrologers and mathematicians of his time. During this summit, Soliman commissions them to help build his pre-designed astrological instruments capable of telling random future events when used together. Prominent among the Soliman Angelo Set (which is the collection of all the instruments) is a spinner ring known as the Prophetic Ring.

After his death, the Soliman Angelo Set is turned over to the Church, as is clearly stated in his will. Nevertheless, for many generations, the Moorish Clan (a fraternity which Soliman was a member) keeps an eye on the set, even as it lies in a secluded corner of Vatican’s Astrology Library.

In 1978, a Californian godfather goes on a mission to Vatican, determined to acquire the Soliman Angelo Set by any means possible. He succeeds, but the Moorish Clan knows that he has commandeered one of their treasures. While the Californian godfather tries to keep the Prophetic Ring and master it, the Moorish Clan, who never chooses to fight the enemy face-to-face, is trailing the Californian without his knowledge. When the game becomes tough, the Moorish Clan will have to choose between getting discovered and fight, abandon the mission, or destroy one of the astrological instruments in order to keep the rest.

You can purchase The Soliman Angelo Code on Amazon

He has also written Fate, a story of fate; told from the perspective of a former modern-day slave in Libya.

Fate, is currently free on Smashwords. It is also available through Amazon.

For more information or to connect with Jerry, visit his Facebook page.